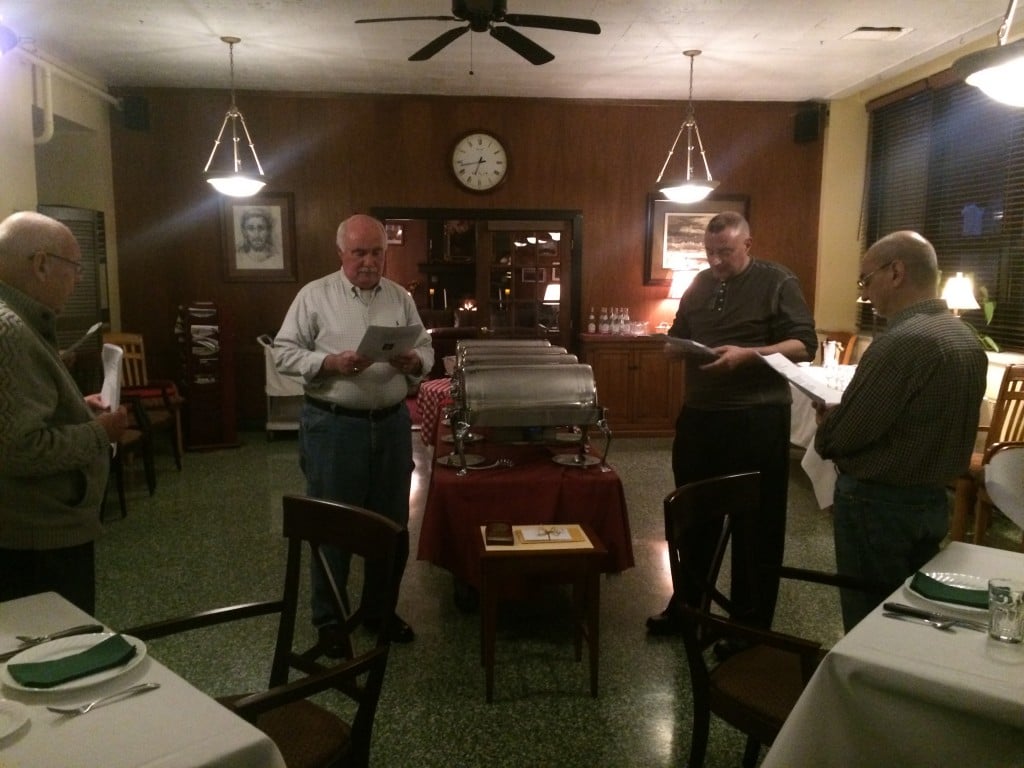 Friars at Saint Anthony Shrine & Ministry Center celebrated the Feast of Saint Francis with a memorable event.  At a special prayer service during the friars festive evening, Fernando (Freddy) Tirone, shrine security guard for a number of years, was presented with The Francis Medal.  During the prayer service, Fr. John Hogan, O.F.M., Guardian, called Freddy forward and presented him withThe Francis Medal for his services and contributions to the ministries of the shrine. In addition to his excellent service as a security guard, Freddy can be seen washing sidewalks in the front and back entrances of the shrine, cleaning the public bathrooms for our patrons, mopping floors during the winter weather, attentive to any maintenance issues that need reporting, and greeting the many people who come here each weekend.  Br. John Maganzini, O.F.M. and Fr. Richard Flaherty, O.F.M., Friary Vicars, met with Freddy to tell him that he was nominated for the Francis Medal.  He said, “I could never refuse such a special honor.” In another conversation, Freddy told Br. John Maganzini, O.F.M., that he was so happy to receive the Francis Medal as a way of honoring the memory of his mother.  As a gift to Freddy, the friars arranged a special perpetual “Mother of God Candle” in memory of Nancy Tirone, his mother. The candles burn for one year at the shrine of Mary, Mother of God in the first floor church. Honoring someone with a true Franciscan spirit, added to make this year’s Feast of Saint Francis even more special.