Being a short week, this week was still filled with so many things to do.  On Tuesday and Wednesday I began editing a promotional video for The Arch Street Band (keep looking for the post to come!)  The video is basically a short video featuring the band and the community around them.  I wanted to focus on how much they add to the Shrine during 7 weekend masses every week.  They truly are one of a kind.  I also began preparing for The Arch Street Band to perform at the Red Sox game on July 19th, get your ticket here.  Like every week, we help out with the Franciscan Food Center, which is a really good and eye opening ministry that the Shrine offers.  I was lucky enough to end my week going to the St. Francis House, which is a day shelter open from 6am to 3pm.  We held a moment of since for all of the violence that has happened in our country this past week.  Overall it was a busy short week! 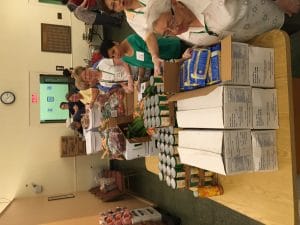