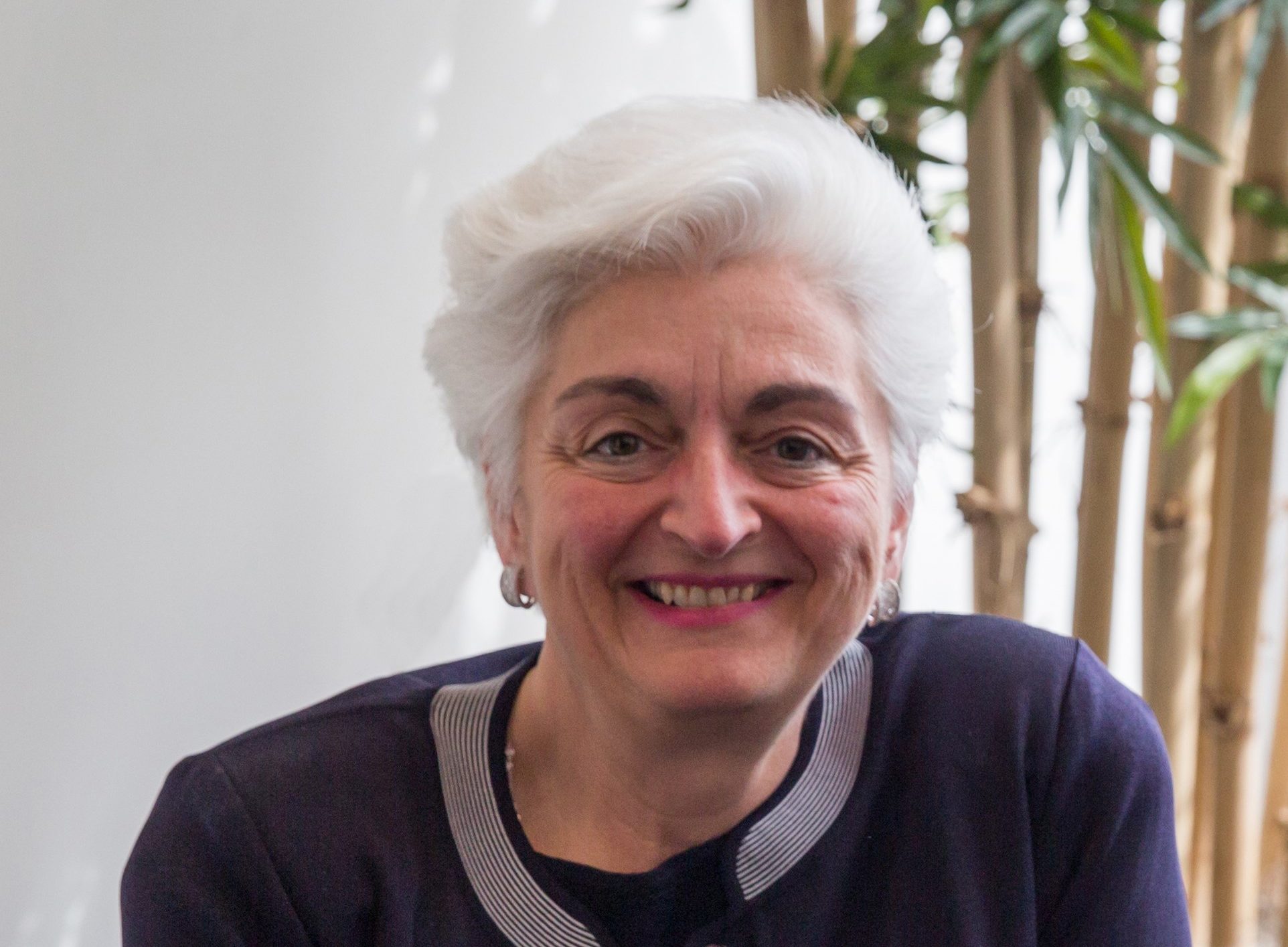 Regina Pisa grew up in Somerville, Massachusetts, the only child of Anthony and Josephine Pisa. Her parents were a big influence on the person she is today. Her father, a carpenter who immigrated to the US from Italy after World War II, encouraged his shy daughter to be brave and to take risks, which she credits for having nurtured a sense of resolve and resiliency in her that have been at the center of her many achievements in life. Regina’s mother was her biggest cheerleader and number one fan. Among the many memories Regina has of growing up in Somerville were the Saturday “pilgrimages” (otherwise known as shopping trips) to Downtown Boston with her mother, grandmother, aunts and cousins. These trips would invariably end with a visit to 100 Arch Street for afternoon Mass before heading home to Somerville by train and bus.

Regina graduated first in her class from Somerville High School in 1973, with over twenty awards and scholarships, including the Betty Crocker Homemaker of Tomorrow award! She then went on to attend Harvard University, graduating with an AB in 1977, followed by a fellowship to St. Hilda’s College, Oxford University, graduating with an MA in politics, philosophy and economics. Returning to the US, Regina received her JD from Georgetown University Law Center and settled into the practice of law at Goodwin upon her graduation in 1982. Her practice focused on mergers and acquisitions and advising clients in all sectors of the financial services industry.

To Regina’s great surprise, her partners in 1998 chose her to lead Goodwin, which she did both as Managing Partner and, later, Chairman for 16 years. She was the first woman to lead an American Lawyer top 100 law firm in the United States and one of the youngest executives – at age 42 – to take the helm at the time of her appointment. Regina’s bold vision and innovative leadership fostered an unprecedented period of growth for Goodwin. She spearheaded a strategic plan that raised the firm to national and international prominence, expanding to six offices in the US and then into Europe and Asia. Under Regina’s leadership, Goodwin transformed dramatically, and saw its attorney headcount increase four-fold and its revenues increase five-fold. Today, Goodwin is a firm of over 1,000 attorneys, serving clients from 10 locations across the United States, Europe and Asia.

In 2014, The American Lawyer recognized Regina’s innovative leadership and bold vision, naming her one of the “Top 50 Big Law Innovators of the Past 50 Years” and noting that “over the last 50 years a few dozen men and women have had an outsize impact on the profession. . . people whose ideas, policies, and practices have left an indelible mark on the legal industry over the last five decades.” Three years later, in 2017, the publication chose Regina as its “Distinguished Leader of the Year,” heralding her as a pioneer and noting how her strategic vision and innovative style transformed not only the firm but the legal industry.

Understanding early in her career the benefits for organizations and industries that leverage women’s leadership, Regina has used the power and visibility of her position to dismantle gender and cultural stereotypes, and to facilitate mentorship for women in the legal, business and academic communities. Harvard Law School’s Center on the Legal Profession honored Regina in 2015 at its first annual “Women as Lawyers and as Leaders” awards, bestowing upon her its inaugural Award for Professional Excellence for her role as the first woman elected to lead an American Lawyer top 100 law firm.

Regina’s belief in how to lead a good life has been an embodiment of the scripture of Luke, passage 12:48: “From everyone to whom much has been given, much will be required; and from the one to whom much has been entrusted, even more will be demanded.” Regina is involved in numerous community organizations an important social causes, and is widely recognized not only for the extraordinary time and effort she invests on behalf of others, but for the high impact she has had on these organizations, particularly those devoted to improving the lives of women and children.

Always willing to serve, Regina has also been a director or trustee of over a dozen not-for-profit organizations, including Catholic Charities, Franciscan Hospital for Children, Easter Seals Massachusetts, Mass Mentoring Partnership, Boys & Girls Clubs of America, Women’s Educational and Industrial Union and Somerville Museum. She has also been a champion of, and deeply committed to, the work of the Big Sister Association of Greater Boston and Whittier Street Health Center.

Regina championed Goodwin’s commitment to equal access to justice for the disadvantaged and underserved in our society and pledged that at least 3% of the firm’s total billable hours each year would be devoted to providing pro bono legal services to low-income and disadvantaged individuals and nonprofit groups. This has amounted to an average of over 60,000 hours of attorney time devoted to pro bono representation annually. To underscore her lifelong commitment to equal access to justice, Regina serves as a trustee of the Pro Bono Institute in Washington, D.C. and chairs its Law Firm Advisory Committee.

Regina also serves as Chair of the Board of Trustees of Simmons University, a nationally recognized private university in Boston offering undergraduate education for women, dedicated to preparing women for leadership, and renowned for its coeducational graduate programs. Regina has been closely associated with Simmons for more than 30 years, first representing the University as counsel and then serving on its Board of Trustees.

Regina’s commitment to community service is an inspiration to all who know her and is the embodiment of the mission and charism of St. Francis of Assisi, lover of the poor and the alienated.