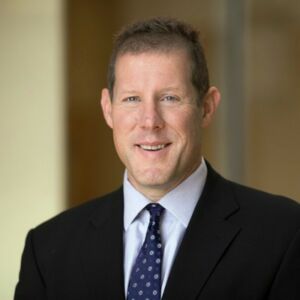 Anthony Consigli is the chief executive officer of Consigli Construction Co., Inc., a leading construction manager in the Northeast and Mid-Atlantic. Along with his brother Matthew, Anthony represents the fourth generation of his family to lead the organization. Under their guidance, Consigli has transformed from a local contractor to a $2.3 billion company of 1,600 employees across 10 regional offices. Consigli has been consistently recognized for numerous awards for its craftsmanship and employment practices, including being nationally recognized as Forbes Best Employer.

Anthony’s philanthropic and community efforts include his role on the board of directors of the Consigli Foundation, the Milford Regional Medical Center Foundation, and the Norman Rockwell Museum.

Anthony holds a B.S. in economics from Harvard University.

In 1905 Peter Consigli, a skilled mason, established Peter Consigli & Sons in Milford, Massachusetts on the cornerstones of hard work, integrity and pride in craftsmanship. Over a century later, Consigli has grown from a local business into one of the largest employee-owned construction managers in the Northeast and Mid-Atlantic.

With more than 1,600 employees; nine regional offices dotting the east coast from Maine to DC; and upward of $1.8 billion in annual volume, Consigli has expanded its roots, while maintaining its core competencies as a true builder with more than 650 skilled carpenters, laborers and masons on staff.

Anthony and Matthew Consigli started out in the family business as kids organizing tools and equipment and later as teenagers digging graves and trenches. In 1997, after gaining experience in nearly every position in the company from laborer to project executive, the brothers took the helm as fourth-generation owners of the century-old business. They shared a joint vision and understanding of what was most important to grow a successful company – their people.

Together, they have cultivated a culture that feels more like a family – one that encourages teamwork, camaraderie and good corporate citizenship – with a strong focus on client relationships and the impact Consigli’s work has on its communities. Always accessible to their people and clients, Anthony and Matthew are committed to carrying on their family’s legacy as genuine builders.

Please join us today at StAnthonyShrine.org/Rainbow
to help us bring the AIDS Memorial Quilt to St. Anthony Shrine in honor of World AIDS Day on December 1.